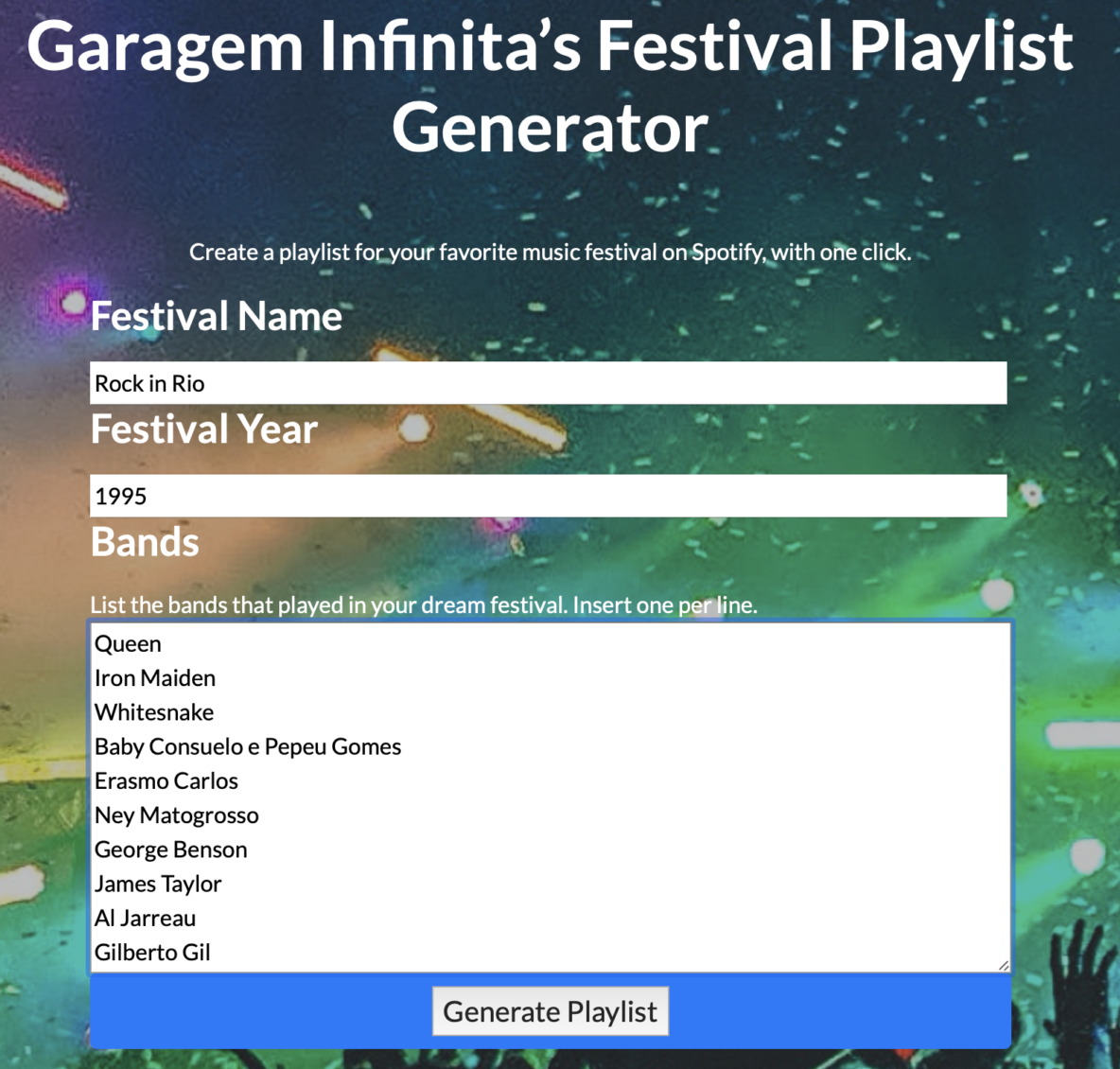 Developed in Python using Flask, and deployed in a Heroku server

The website was deployed on heroky, but’s not live anymore here: Remember that night

The github repo with this projects’ code can be found here: Github – Remember that night

Remember that night is an webapp developed in Python and Flask to automatically generate Spotify Playlists just with the bands that played in a festival and its date.

The web app consists of a simple interface where the user inputs a festival name, year it happened and the bands that were there. Our server searches in Spotify for those bands greatest hits up until the festival year, and add them into a playlist, which the user can save in their own Spotify account.

What did I do in this project?

This is a personal project, without briefing or clients, in which I came up with the idea and programmed, to have a little fun and itch some curiosity scratches. I got help from a few tutorials, some Python books and a lot of searches in StackOverflow.

What did I learn while doing it?

It was a simple idea to execute, but helped me learn a series of programming tools and frameworkds: 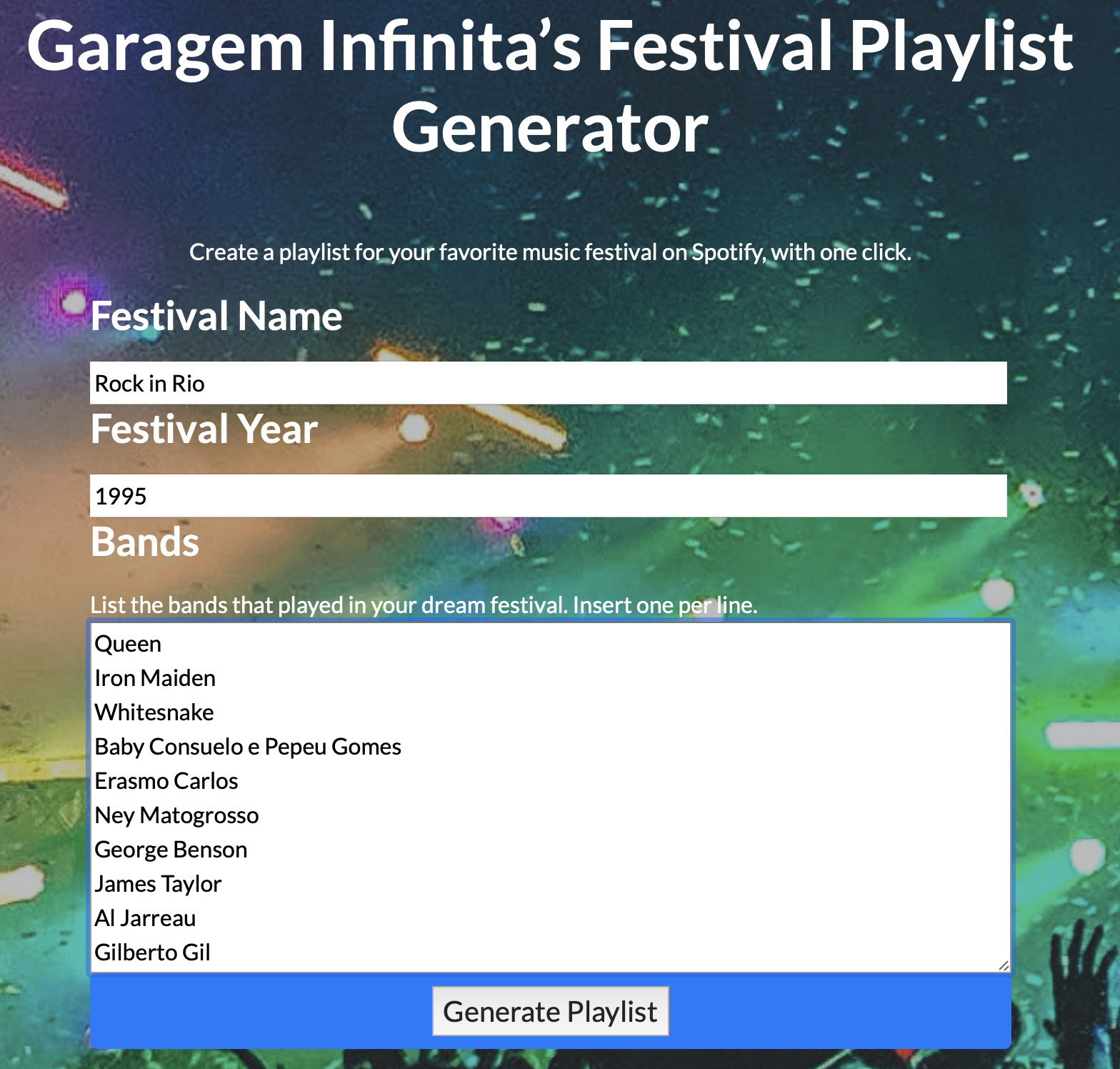 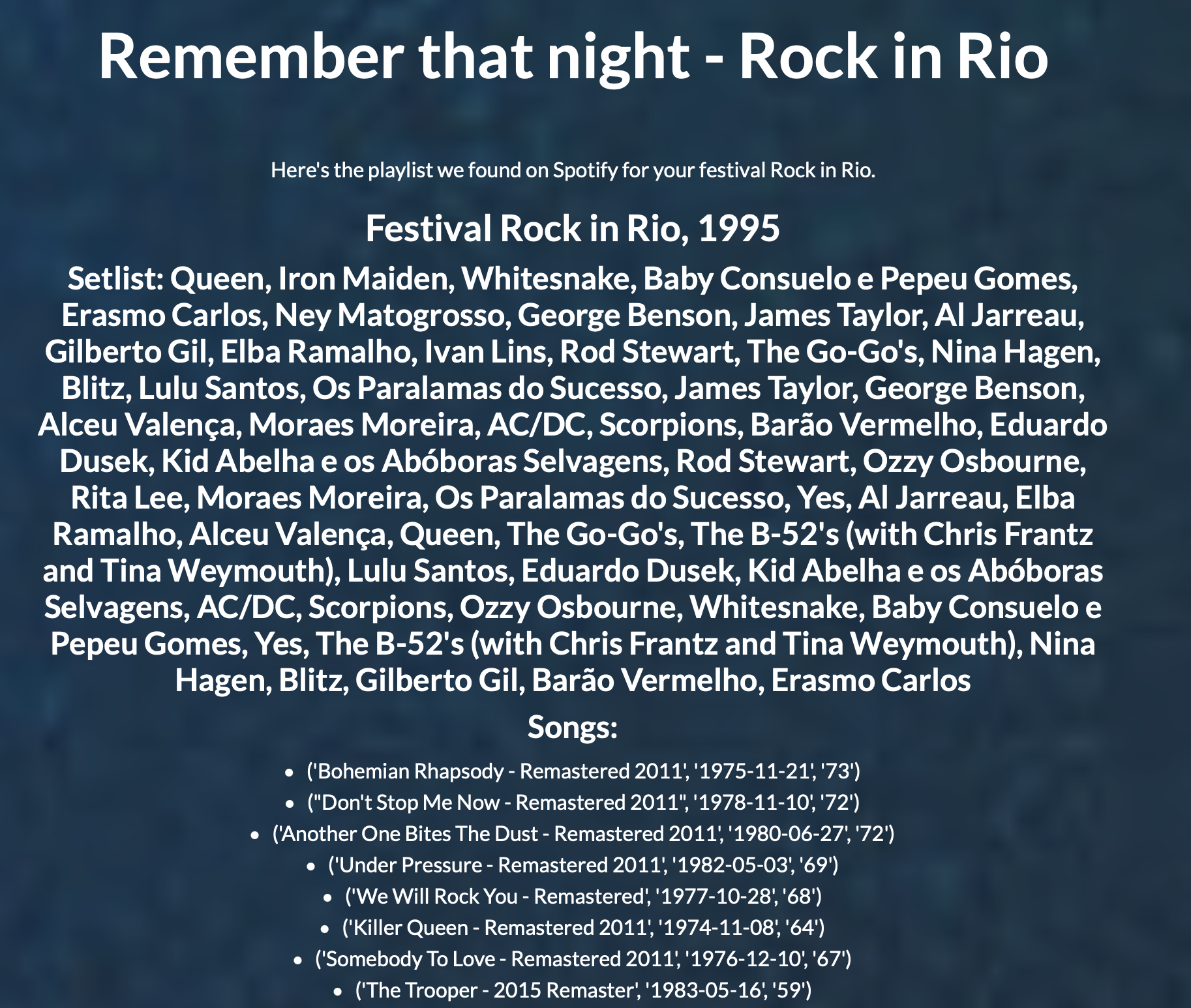 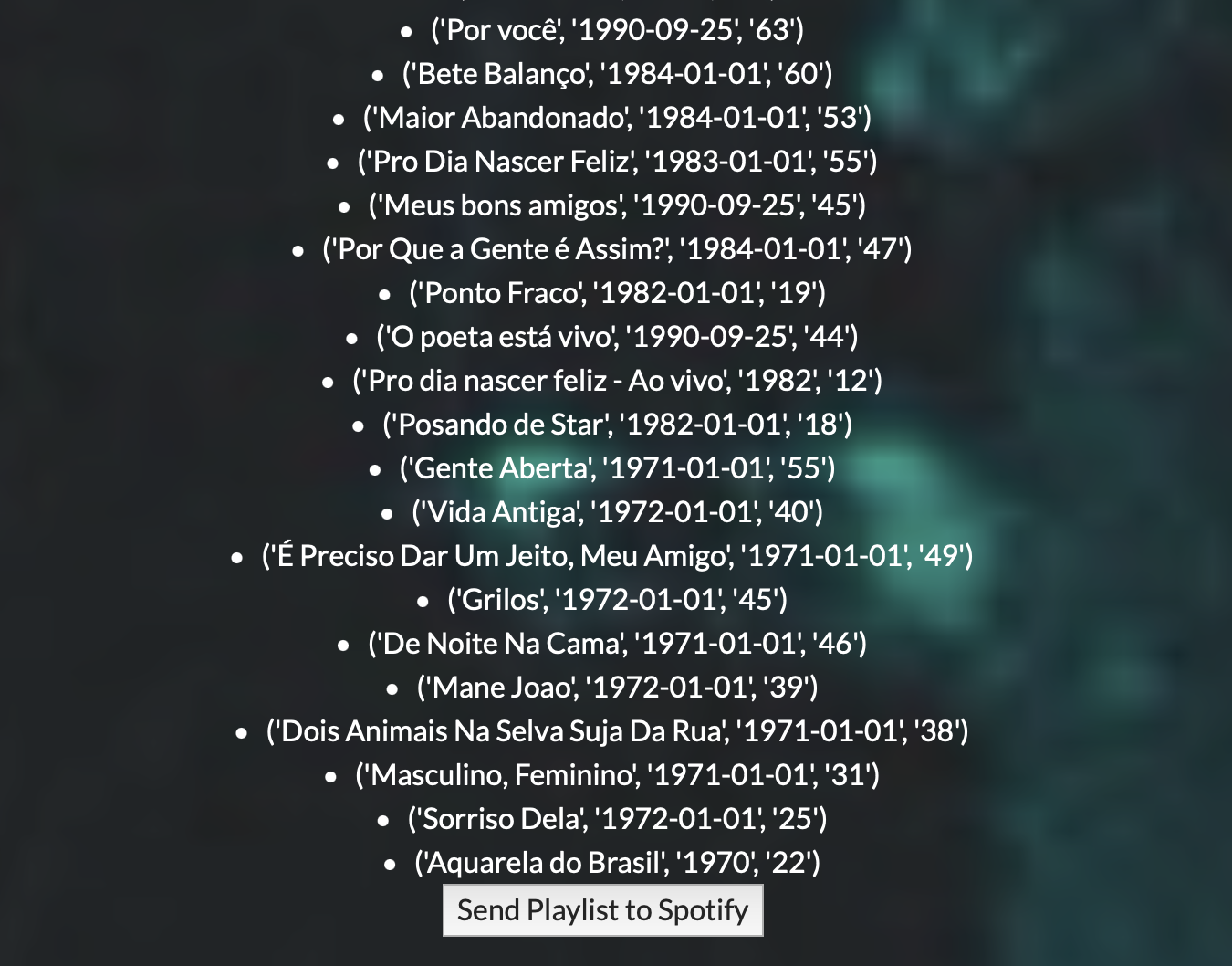